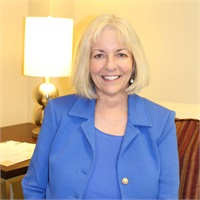 Barbara joined RH Wealth Advisors, in 2008 where she is our Client Concierge handling client care and communications and special events for the firm. She also supports a variety of projects focused on improving client service.

Barbara graduated from the University of California, Santa Barbara, in 1983 and received her California Teaching Credential in 1987. She taught high school English for ten years. After leaving her teaching career, she worked in sales in the staffing industry for four years.

Following that, she accepted an offer to work for Shell Solar, one of her former staffing clients. When they downsized she moved to a management position for a local insurance company, also a former client.

At about that same time, Barbara decided that she wanted to start a fine art festival in Ventura. She presented the idea to the Ventura Chamber of Commerce where was a regular volunteer and the Ventura Art Festival was launched in 2009. Four years later the event moved to FOOD Share of Ventura County for two years.

Barbara was named the Ventura Chamber’s Volunteer of the Year in 2009. In 2011, she co-founded a local book group, and for the last five years has volunteered for local animal rescue groups.

Hinton lives in Ventura with her husband and their five cats. She is a part time artist, with an emphasis on fiber arts. She enjoys socializing with friends, traveling, practicing yoga and wine tasting.